Ginger Rae (Ballard) Carlstrom, age 75, of Detroit Lakes, Minnesota, passed away on Tuesday, November 15, 2022, at Essentia Health-Oak Crossing Nursing Home in Detroit Lakes. A funeral service will be at 2:00 pm on Saturday, November 26, 2022, at the Lake Eunice Evangelical Free Church in Detroit Lakes, with a time of gathering an hour prior. David-Donehower Funeral Home is assisting the family with arrangements. Ginger was born on August 29, 1947, to Raymond Lorenzo and Claressia Mae (Ammerman) Ballard in Minneapolis, Minnesota. The family moved to Dunn Township in 1958, where Ginger attended Pelican Rapids Highschool. She went on to work for West Central Turkeys, where she was exceptionally proud to serve as a union representative, and for Swift of Detroit Lakes. She was united in marriage to Charles Vernon Carlstrom in June of 1968, and to couple had two children, Darla Kay and Donnie Jay. The family moved to Fargo, North Dakota where Ginger worked at a local pizzeria. She settled in Detroit Lakes, purchased a home, and used the upper level as a rental. Ginger also worked at Fingerhut as well as her own daycare. Likewise, she worked at Landings Department Store in Detroit Lakes, and eventually the family moved and worked on to the Carlstrom Family Farm. In 1993, she lost Charlie to a hunting accident. In the following years, Ginger drove for Becker County as well as working at Kenny’s Candy. She then took a position with Lake Shirts while helping to raise her granddaughter, Jessica. All the while, she had several rental properties. In retirement, Ginger moved to Maple Lake, Minnesota, to be closer to her daughter and granddaughter. Ginger enjoyed a good prank, shopping, helping others, dancing, and karaoke. She loved being fashionable, with jewelry being one of her passions. Ginger also enjoyed serving meals at the Lake Eunice Evangelical Church. Ginger is survived by her sisters, Jackie Lou Peterson of Detroit Lakes, MN; and Brenda Lee Strand (Amy) of Maple Lake, MN; grandchildren, Jessica Rae Westrud (Jeff) of Rockford, MN; and Brandon Oliver Jr. of North Carolina; a sister-in-law, Lenora Brunnemyer of Minot, ND; and many nieces and nephews. She is preceded in death by her parents, Raymond and Claressia; her husband Charles; a son, Donnie Jay; a daughter, Darla Kay; a sister, Jenny Lynn; brothers: Billy James, Dale Dwight, and Terry Lee; brothers-in-law, Dale Peterson, and Bill Brunnemyer. 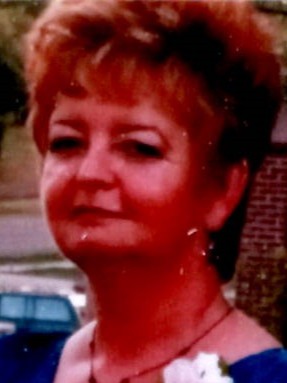